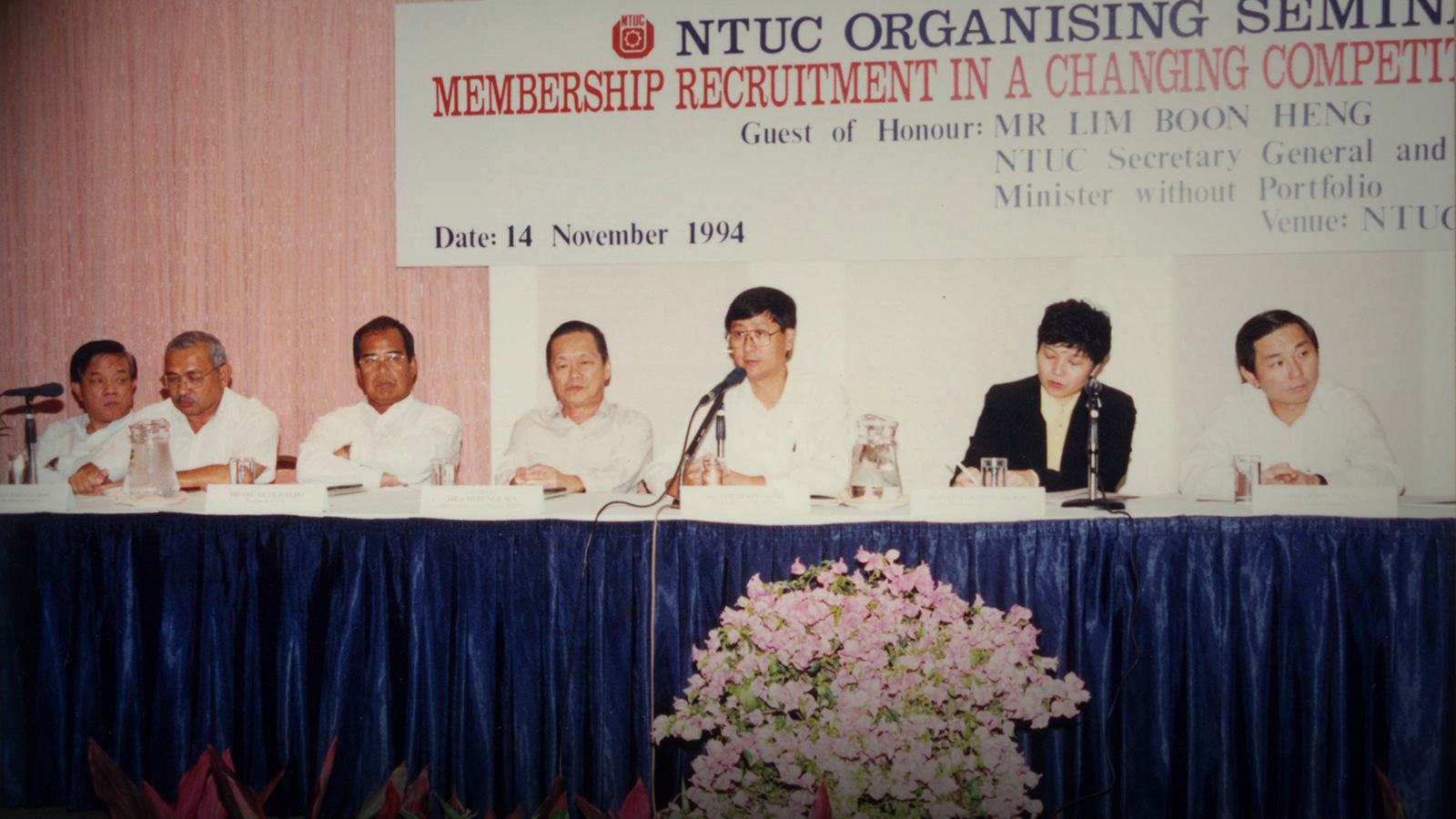 By 1987, the economy rebounded and wage cuts were to some extent restored. Workers were urged to move towards a flexible wage scheme with fixed and variable components. In 1997, NTUC once again had to persuade workers to accept wage cuts to save jobs due to the Asian currency crisis.

During the 1985-1986 recession, the Government’s tripartite Economic Committee proposed a major overhaul of the national wage structure by introducing a flexible wage system. Instead of having annual National Wages Council recommendations for salary increases, it was proposed that wages be divided into fixed portions and a sizeable variable component that would allow employers to adjust wage costs quickly during a severe business downturn. This flexible and performance-based system would enable companies to (a) reward employees with bigger bonuses in good times; and (b) adjust and better manage its wage costs in bad times.

This proposal sparked a lively and sometimes heated debate among trade unionists, who feared that giving employers so much discretionary leeway would work to the disadvantage of workers, especially those who are at the bottom of the wage ladder. A 10-member committee was appointed by the NWC to study this flexible wage system. Representing the NTUC were Assistant Secretary-General Lim Boon Heng, G Kandasamy, General Secretary of the Amalgamated Union of Public Employees; and Lew Syn Pau, Executive Secretary of the Metal Industries Workers’ Union.

Discussions over the implementation of the flexible wage scheme raged intensely over the next two years with NTUC finally giving full support to the scheme as it would allow older workers to keep their jobs during difficult economic times. This was effected through an amendment to the Employment Act in August 1988. A decade later – in the aftermath of the 1997 Asian currency meltdown, union leaders were once again asked to support cuts to CPF contributions. Once again, Lim Boon Heng, now Secretary-General, was instrumental in persuading the unions to accept the 10-percentage point reduction in employers’ CPF contribution rate for workers age 55 and below.

One of the key recommendations of the 1969 Modernization Seminar was the establishment of a ‘Workers’ College’ to provide trade unionists with special training and education. However, these plans were put on the back burner for lack of funds. In the 1980s, Secretary-General Ong Teng Cheong revived this idea and convened a committee to establish the college. It was opened as the Singapore Institute of Labour Studies on 1 September 1990. In 2002 it was renamed the Ong Teng Cheong Institute of Labour Studies, and in 2009, it was repositioned as the Ong Teng Cheong Labour Leadership Institute.

Wishes offered by Prime Minister Goh Chok Tong at the opening of the NTUC’s headquarters at One Marina Boulevard: ‘Our workers deserve The Best Home’.

“I am pleased to announce that the Government, we’ve built a new home for NTUC. The new home is likely to be in Marina South. Why Marina South? Because that is a brand new area, on which a future city of excellence will rise. And NTUC should be there, amongst the pioneers, like they were along Shenton Way.”